Why are the Women in Tennessee Ignoring DOE Fraud? www.Skirts-Speak.com

Posted by Sharyn Bovat at 10:10 AM No comments:

Slide Show about the NISSAN Whistleblower Fighting Corruptiuon in Tennessee Updated and on YouTube:


Posted by Sharyn Bovat at 8:57 AM No comments:

Part of the SOLUTION is Asking Questions so
I'm asking Judge Jeff Bivin's a Question.
I'm NOT accusing him of anything,
I'm NOT slandering him,
I'm just asking him a question.

In AMERICA the Citizens are ALLOWED to ask Question.
MESSAGE to Judge Jeff Bivin's http://www.tennesseeneedstransparency.com/Judge_Jeff_Bivins.html


www.TennesseeJudicialReform.com
Posted by Sharyn Bovat at 9:40 AM No comments:

Find Out Who Fuels the Politicians that Vote for Judicial Reform.


People from Tennessee Find Out WHO Funds the Politicians that Represent YOU: 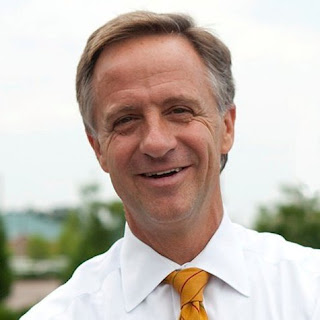 Governor Haslam:  I'm going to help Tennessee UNTIL NISSAN is respectful to the  whistle blower I'm gonna teach people HOW to learn about the politicians that work for them.

I'm sure you'll find it helpful.
Sir together we can make Tennessee better.

Have a great weekend!!!

Posted by Sharyn Bovat at 12:45 PM No comments:

Rants about the Judicial Cronyism from an Mad Mom....

My child is 10 and she's watched her mom for 3 years be "totally" abused (persecuted) for speaking out about what was morally wrong. My life is "hell" & the judicial system in Tennessee helped members of a corrupt Good Ole Boy network.  Sharyn Bovat whistle blew about fraud, discrimination and corruption (connected to terrorism) (Kim Helper, the Williamson County DA appointed by former governor Phil Bredesen needs to  listen to my child describe racism in Williamson County Schools. It happened when she attended Crockett Elementary: I have issues documented (She's now happy at Kenrose). When I spoke out about diversity in the schools a 4th warrant was put into the system and a sheriff came to my child's home to arrest me....I fled to a lawyers office who was told the warrant was a "mistake"....it's called HARASSMENT!!!)  This type of bullying in Tennessee needs to STOP

Mr. Wood: Who would have "thought" that America's 1st black president cut a deal with members of a Southern Good Ole Boy Network.

One that has ties to the KKK.

Rahm Emanuel wanted Haley Barbour to be the Republican nominee "just so" Obama would have an "easy" re election bid.

Barack Obama "just likes the fancy life" it's obvious that he does not care about women. People connected to him read my blog and they know that I was told on the executive floor at NISSAN North American "Skirts Don't Speak" I had 4 meetings with HR and women in management went from 20.9% in 2006 to 10% in 2009 the year that I whistle blew. People connected to President Obama KNOW that I told the truth and they let the malicious prosecution continue. WHY..... It's all about $$$

Terry Wood .... Do YOU Love America?Years ago Oliver North gave me a lecture on loyalty to America, he did some things that he was "told to do" and those things might not have been Kosher.

.... I told NISSAN board member Carlos Tavares in 2009 that I had interacted with Mr. North and he kept speaking to me. Do you think that's strange? http://www.girlintheblackhonda.com/Loyalty_is_Important____.html
Oliver North is a hero because he "did what he was told" & he was protecting America's National Security ... ALL (Terry Wood) was protecting was a Good Ole Boy network that are connected politically.

When YOU saw that a 1st time misdemeanor was viciously prosecuted YOU should have said something....Maybe asked WHY? Did You know that NISSAN considered me the 2nd biggest security risk? I was the "relocation consultant" HELLO does that seem KOSHER to you. http://girlintheblackhonda.com/To__Terry_Wood.html

A LOT of boxes are coming home from the Middle East and NISSAN does business in Iran....
http://nissanwhistleblower.blogspot.com/2012/04/email-to-tennessee-leaders-about-their.html


It's Time for America to be led by someone that does NOT have "skin in the game" and I'm NOT talking about color.

http://www.nationalreview.com/bench-memos/295005/tennessee-judicial-selection-update-carrie-severino
Posted by Sharyn Bovat at 8:29 AM No comments: