Judicial Corruption is Rampet in the South. The Good Ole Boy Network is Alive and Strong. It's Time to Tell the Boys to "Play Fair"... In America Everyone has Constitutional Rights.

Tennessee is ranked #1 in corruption and a surveillance expert who served America as a member of Delta Force in the Gulf war told me it will take 2 generations to "clean up" the corruption in Tennessee. The South is a cesspool of Good Ole Boy networks.

The Good Ole Boy network connected to the Jucdical system got exposed because in Tennessee they "teamed up" with people associated with GLOBAL organized crime.  It's sad...but true:

NISSAN Identified me as the #2 Security Risk, it in court transcripts. www.nissanwhistleblower.com
www.EricHolderInvestigateThis.com

There are 6 whistleblowers in Europe that have endured being "mis labeled" and have had retaliation. Luckily 3 of the men are now filing criminal investigations.

Maybe it's Because the NISSAN and "Solar Profiteers are involved in a GLOBAL Scam. 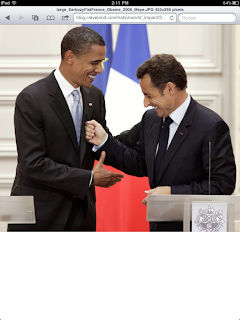 About 5 months ago a man connected to the EU reached out to me about GREEN fraud and said "something similar to the NISSAN issue is happening in Europe"...

The Sarkozy Government has allowed the fraud to continue. In fact I blame them for promoting this "faux green" agenda.

We need energy security and "that won't happen" if the EV is a bust. Which it will be do the the premature launch of the electric car.

Too many chargers have been paid for that will go unused. The taxpayer is mad and when viable technology comes out congress will be scared to act. Over 18 months ago I blogged that the NISSAN CEO was doing a "false flag" operation.

This is to keep America dependent on the Middle East. Then France make a lot of money selling arms and trading with terrorist nations. http://www.carlostavaresrenault.com/Message_to_Tavares.html
Because I whistleblew I've faced SEVER retaliation.

For over 2 years I've been stalked, had death threats & was bullied .... NOBODY in Tennessee cared.

Bruce Bateman at the Franklin Police ignores me:
WHY? Is he a Good Ole Boy? or is he a Good Guy that does not know what to do?

Tennessee is ranked #1 in corruption and a surveillance who served America as a member of Delta Force in the Gulf war expert told me it will take 2 generations to "clean up" the corruption in Tennessee. The South is a cesspool of Good Ole Boy networks. 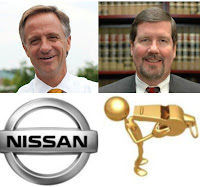 In DC I was told Bill Haslam was "connected to the Good Ole Boy network" & that every successful politician in the south is.

I was told compared to Haley Barbour he's tame...no need to worry about being followed by state troopers or unfair prosecution. Still the prosecution continued for OVER a year after he was sworn in. I was told Haley Barbour's people were involved with that. www.thestealthskirt.com
www.mariadevarennetennessean.com

Mark Silverman called the Tennessee Bureau of Investigation "the Gestapo"... I don't trust them to investigate the issue of HOW a whistleblower could face excessive retaliation. I was told that people in BOTH political parties would be exposed so it's best to "cut a deal" and move on with my life. I have to move to state that i feel safe. I'm a mom and I worry about my child. Haley Barbour recently pardoned a LOT of people: www.sorrysilverman.com   www.GannettMcnews.com 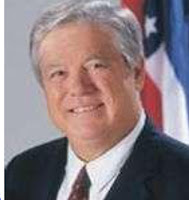 While Haley Barbour was considered a presidential candidate I was stalked by a red NISSAN Titan truck. One with Mississippi plates. due to "no front plate" I could never get the plate #. It had a gun rack...but a LOT of red Titan trucks in Tennessee have those.

Anyway recently Mr. Barbour pardoned A LOT of people....and some of them murderers.

I was told that NISSAN has/had a list of "who to harass". It was confirmed by 2 different "insiders". I was told to KEEP blogging and to get my story out so that "if " something were to happen to me then people would investigate." http://www.gillespierove2012.com/DC_Pillow_Talk.html

Mark Silverman told during lunch at Sambucca that Haley Barbour was not DIRECTLY responsible for the harassment I'd received.

By putting EVERYTHING that I know from when I did research for CIA operatives then there is NO REASON for anyone connected to the "creepy" element of the CIA or in politics to harm me.

All I worry about NOW is Good Ole Boys from Tennessee that have profited for generations. I will NOT research any of the "tips" I've gotten about profiteering from NISSAN's move to Tennessee.

Only will I mention on this blog stuff that I put on www.girlintheblackhonda.com . When I blogged about Real Estate Issues my southern viewership skyrocketed.

That said: ALL I want is this "drama" to be over. Tennessee "If" you want to keep the culture of favoritism in the state FINE. Keep it. Just don't recruit companies from other states KNOWING that the people that move here will NOT have the opportunities that those born in Tennessee have. 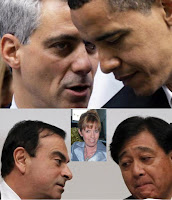 America is about having FREEDOM and that includes "if" you work hard to have the FREEDOM to succeed. Today I'm asking YOU to give me the Freedom from feeling terrorized. Tell NISSAN to "clean up" its act and to Treat the Whistleblower with RESPECT. I have to make MAJOR decision on whether I want to proceed with pushing for a criminal investigation. Some people are encouraging me to "fight the bastards" but I KNOW that would be ugly. I have a child and I know Good Ole Boy networks in the south are connected to some VERY powerful people.

The one thing I'm not quite sure about is:

How deep is President Obama into this?

Did he and his staff trust the wrong people? or Is he a player?


OR connected to the People that 'Covered Up the Mysterious Death of Margaret Lesher?
Drowning of heiress left many questions, rumors
Charles Kelly The Arizona Republic May 23, 2002 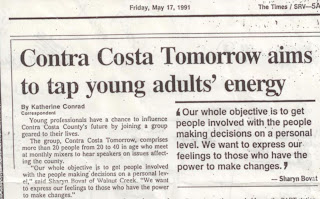 Sometimes a death can be as mysterious as human behavior itself. That's true in the case of newspaper heiress Margaret Lesher, who drowned in Bartlett Lake in 1997. Investigators said she died by accident, but no one knows why she took a late-night swim. The sudden death of a rich person always seems to raise more questions than that of a poor one, and the death of Lesher, whose estate totaled $100 million, had question mills working overtime. Lesher, 65, had inherited the money from her second husband, Dean Lesher, who built the Contra Costa Times and its sister papers in the San Francisco Bay area into a publishing empire. 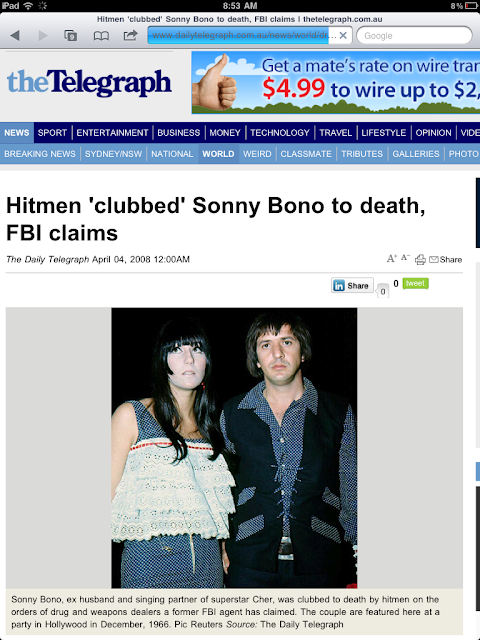 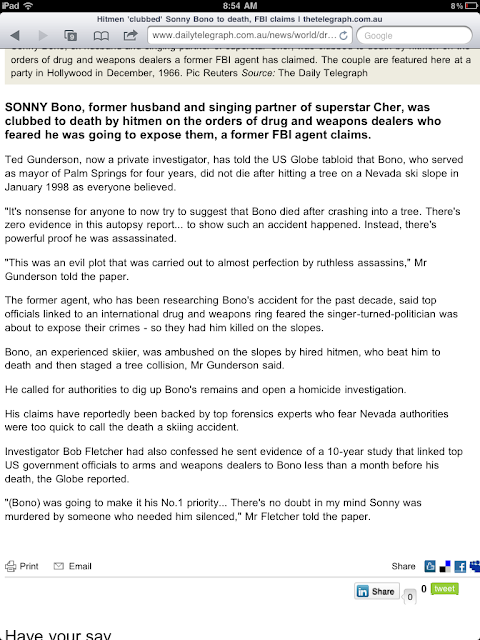 Carlos Ghosn has a HISTORY of falsely accsuing people .....It's morally wrong!!!

http://www.bloomberg.com/news/2012-03-08/citigroup-olympus-ing-madoff-news-corp-j-j-in-court-news.html
Renault fired the French workers after receiving an anonymous tip that they hid money paid to them for spying on the automaker’s electric-car program in bank accounts in Switzerland and Liechtenstein. Investigators found the accounts didn’t exist and the men hadn’t spied on the company, and Renault apologized, saying it was a victim of manipulation.
Renault’s Luxembourg unit fired two employees, including its then-chief financial officer, and forced its head of technical services to resign in 2009 after receiving information they also hid money in bank accounts in Switzerland and Liechtenstein, L’Essentiel, a Luxembourg publication, said yesterday citing Antonio Dorego, the man forced to resign.
Dorego won a wrongful-termination suit against Renault in Luxembourg and he and the two others have joined the French investigation, L’Essentiel said. He met with French police in September and was told that Renault had based their decision on falsified information about the bank accounts, similar to the three French employees fired last year, L’Essentiel said. 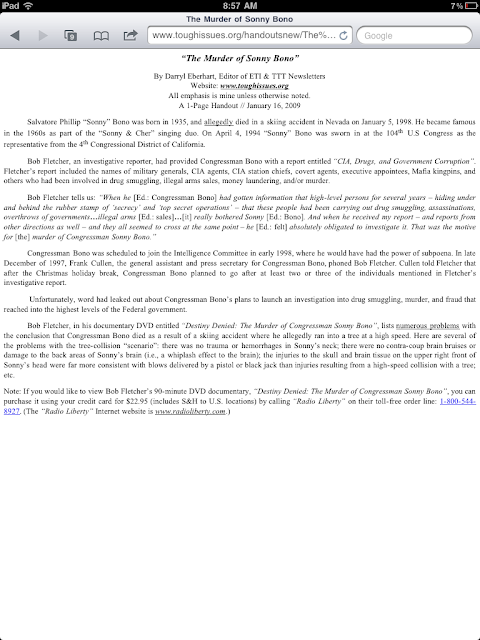