The Daily Caller Says There are a LOT of Solyndras Out There and Jobs Won't be Created that the DOE Told Congress. The Wall Street Journal Says the Battery Market is OVER Saturated & Insiders Told Me the Nissan Leaf is a Bust: NISSAN Used the Tennessee Courts to Muzzle a Whistleblower.... Sharyn Bovat (a Patriot) is Fighting Against Crony Capitalism & Wants SB 1088 and HB 1198 to Pass

"Tennessee it's Time for Transparency.
I believe judges should not judge judges & that politicians should not judge judges. The constitution wanted a country 'by the people & for the people' & it's the American people that should judge judges. Had 'I not endured 19+ months fighting 'trumped up' charges then the issues I whistle blew about would have been treated with RESPECT & two federal budgets could have NOT included taxdollars that funded 'crony capitalism' the courts are an important part of our society. I want them to be fair"    Sharyn Bovat (pictured with Andrew Breitbart)
www.NISSANWhistleblower.com 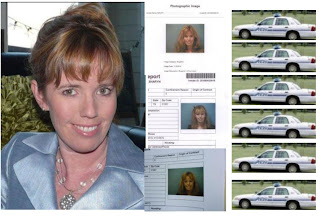