Could Change be Happening...... The New Recusal Guidelines are Good: What is Needed NOW is More Independence in COJ Committee.

“.....Tennessee, overnight, has one of the best policies in the nation,” said Charles Hall of Justice at Stake, a Washington-based campaign to reduce the influence of money and politics in state and federal courts...."  from Tennessean article link below 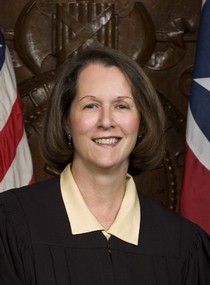 “The new recusal rules are going to give all litigants more confidence,” Tennessee Chief Justice Cornelia A.

Clark said she hopes “reasonable people” will recognize that the court has taken a meaningful step to address criticisms that the state judiciary has failed at policing itself.

A bill that would overhaul the body that investigates ethical complaints against judges and determines discipline is scheduled to be voted on by the full Senate in February.........

....The new code, which takes effect in July, provides more specific guidance on when a judge should step down from a case, including when a judge has received a level of campaign support from a litigant that would cause a reasonable person to question whether the judge can be fair. Judges also will be required to step down from a case if they have previously presided over a judicial settlement conference or mediation in the same matter.