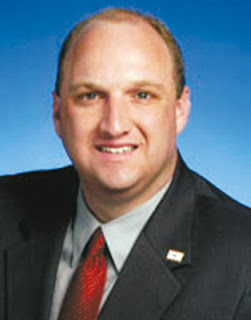 “I have constantly advocated for greater transparency and more careful oversight when it comes to the actions of the Court of the Judiciary. We have a fantastic legal system in Tennessee but we need to ensure the CoJ reviews complaints in a timely manner and acts swiftly when it is called for. Requiring greater clarity in the judicial system is a legitimate interest of the General Assembly and I am proud to help lead that effort.”

Our state constitution gives the responsibility for the regulation of judges to the Tennessee General Assembly. In 1979, the legislature established the COJ and granted it the authority to investigate complaints against state judges. I was honored when House Speaker Beth Harwell selected me to chair the Joint Senate and House Committee on the COJ. Senator Mae Beavers was chosen by Lt. Governor Ron Ramsey to chair the Committee on behalf of the Senate.


In September, hearings were held for two days and we heard from numerous Tennesseans with concerns about how Tennessee handles the discipline of judges. The committee also heard from the presiding Judge of the COJ and other judges including Chancellor Jerri S. Bryant, who serves a portion of our state House district. Everyone seems to agree that some changes must be made. The type of reform we adopt has created much discussion on Capitol Hill in Nashville.

Some believe that it is time to eliminate the COJ, while others believe major improvements must be made; some suggest that a few minor adjustments will solve the problems.

In 2005, the number of pages in the annual report was only four pages. The 2011 report was 34 pages. The size of the report increased dramatically in 2008 when the legislature began focusing more attention on COJ activity. While the reporting has improved, much of the COJ's work is still done secretly behind closed doors. One argument is that complaints against judges should remain undisclosed if they have no merit. Others argue that the public has the right to know about all complaints and can then discern between a legitimate complaint and those that are without value.

Another key area of discussion is the composition of the COJ. Currently, it is composed of 16 members: 10 judges, three attorneys, and three lay people. Many believe that the court should consist of more lay people, with a minority of judges and attorneys. During our hearings it became clear that it is difficult for a practicing attorney to discipline a judge. There are two reasons: First, the Supreme Court for all practical purposes controls the oversight of all judges. The state Supreme Court also holds the law license of every attorney in the state. No attorney wants to go against our state Supreme Court. Second, a practicing attorney would be reluctant to correct someone who might be a friend of a judge in his local county. Judicial officials, like all professional organizations, are very closely tied to one another.

I look forward to hearing from you about our judicial system and your ideas as we move forward with reform of the Court of the Judiciary.